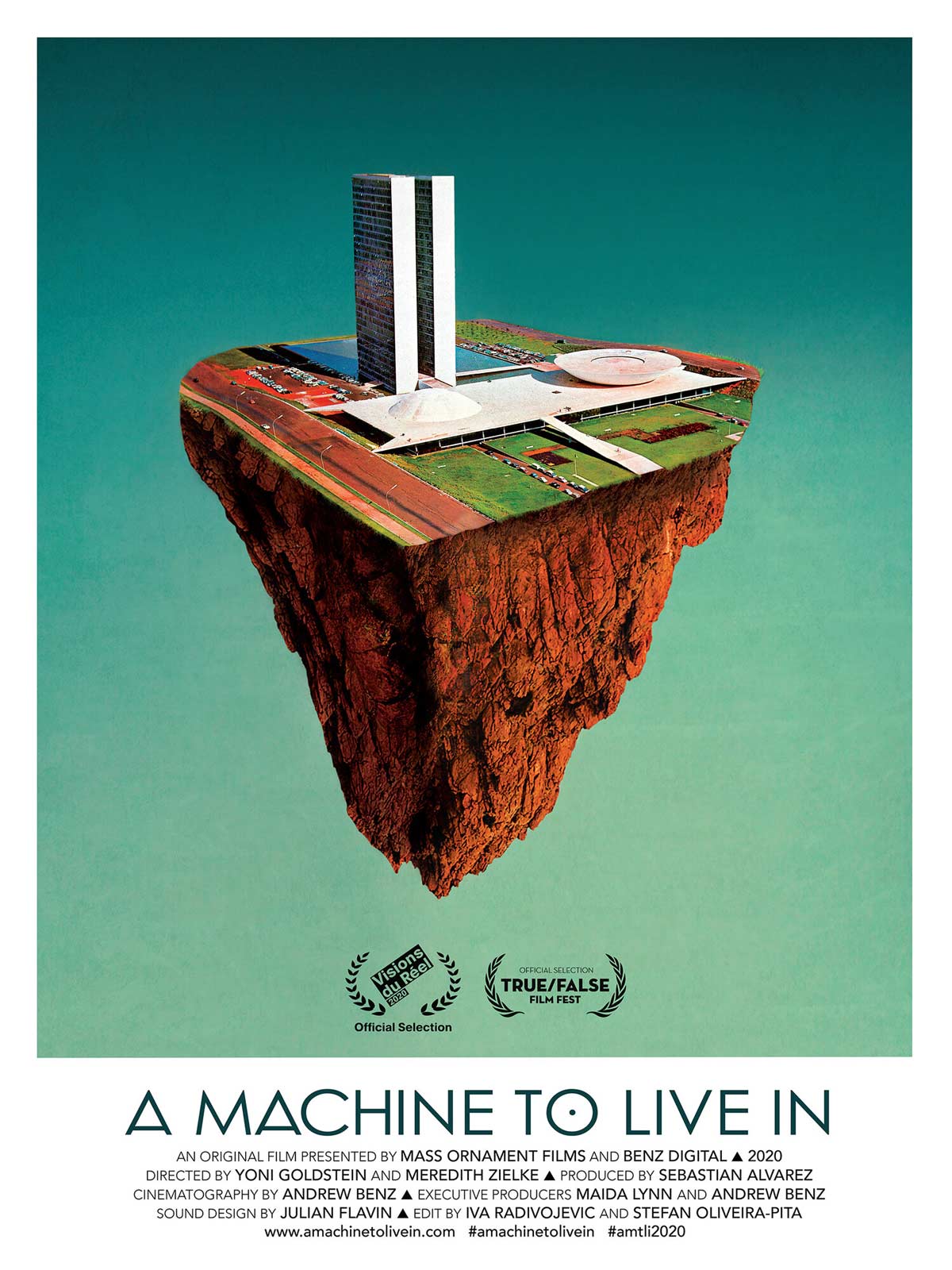 A Machine to Live In

“We have no need of other worlds. We need mirrors. We don’t know what to do with other worlds.” —Stanisław Lem, Solaris

A Machine to Live In is a feature-length documentary about the imaginative and material processes of building one’s utopia. The film documents the history of highly controlled modernist planning in Brazil alongside radical projects in cult and mystical architecture. The film’s attention radiates outward from Niemeyer and Costa’s capital, Brasília, to the flourishing landscape of UFO cults, pyramids, monuments, and futurist projects. The film unfolds through Clarice Lispector’s writings on the inauguration of Brasília and subsequent interviews with Oscar Niemeyer. Her literature describes a fraught ideology embedded into the city’s concrete design while imagining ahistorical mythologies that may one day disrupt its order. A Machine to Live In attempts to locate where the desires for myth and reason sublimate in the building of utopian spaces. It collects vignettes and stories from architects and builders as they describe their ideal cities, both real and transcendent.