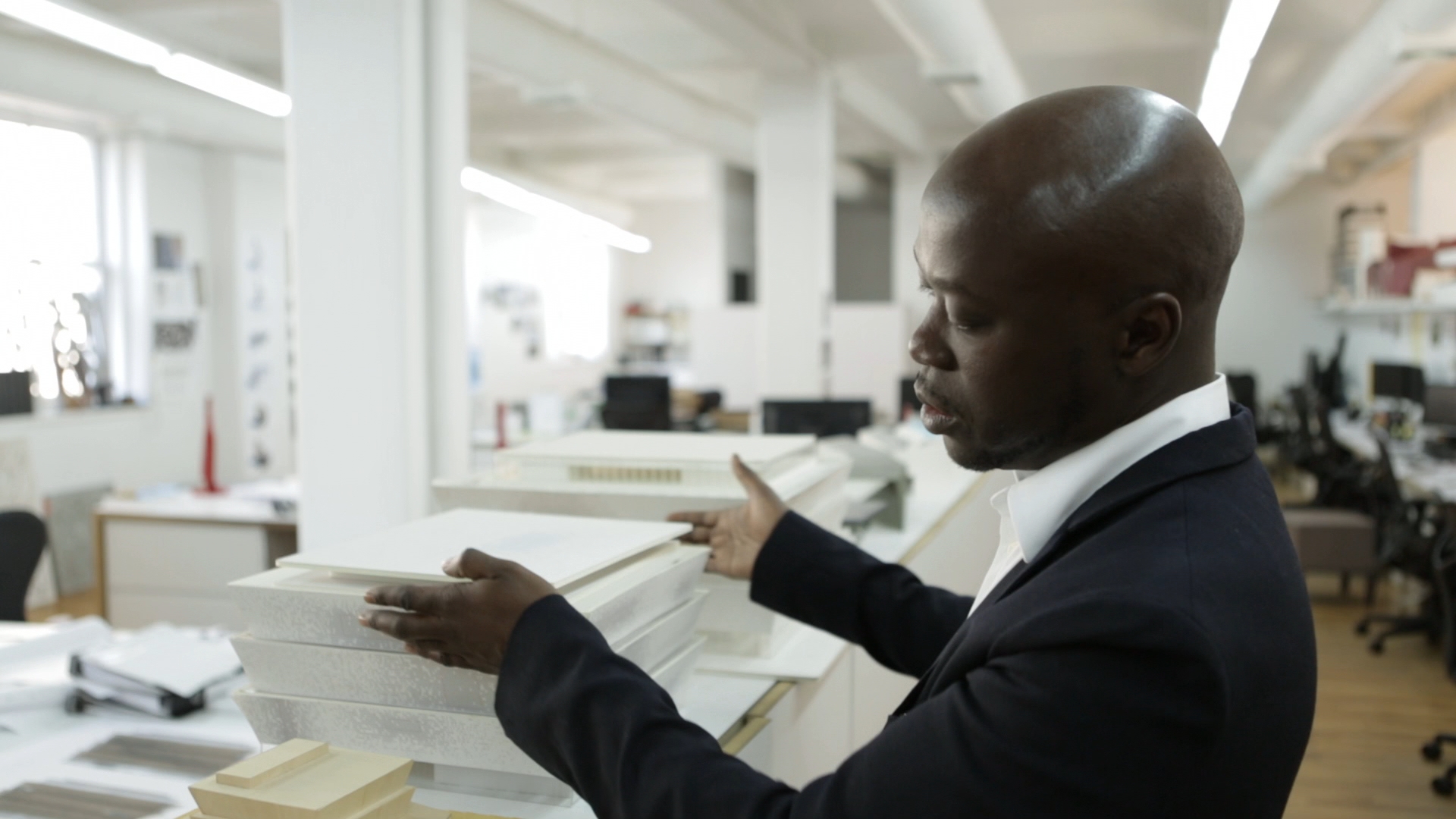 David Adjaye – Collaborations: A Portrait of the Architect through the Eyes of Others

Collaborations celebrates the practice of the British-Ghanaian architect David Adjaye (b.1966), whose work was recently celebrated at an exhibition in Chicago. The film features extensive interviews with Adjaye and his many collaborators on a significant number of architectural projects, including public libraries, private homes, a major mixed-use housing project in Harlem, artist studios, galleries and exhibitions. By looking at the work more as a collaborative process than as a product or style, and by reflecting on this process “through the eyes of others”—a fuller understanding is gradually built-up, both of Adjaye’s approach, and of architectural practice in general. Architect of the National Museum of African American History opening soon in Washington DC, his firm was recently shortlisted among possible architects for Barack Obama’s Presidential Library in Chicago.