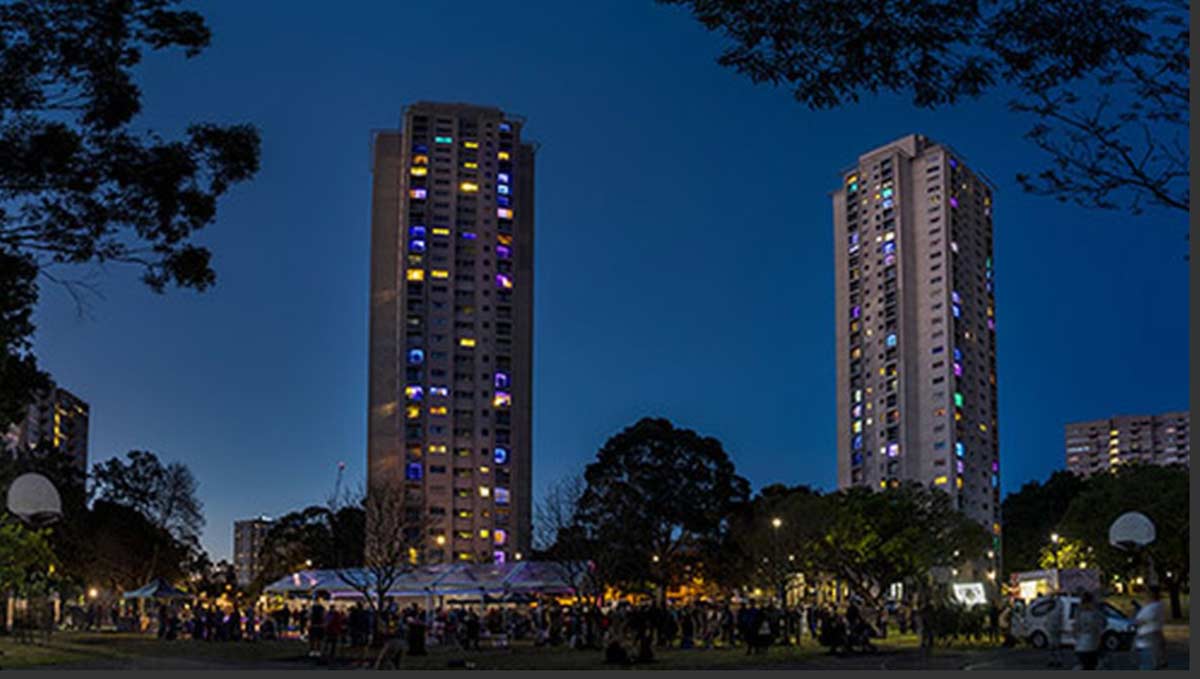 There Goes Our Neighbourhood

There Goes Our Neighbourhood is an inspiring documentary about residents in the Sydney suburb of Waterloo and a high-rise-scale artwork, created to shine a light on the public housing community of Waterloo.

This film follows the fascinating lives of the Waterloo community and their ambitious hope is to unite their neighbourhood, to prevent the destruction of their suburb Waterloo and, quite simply, to be seen. As the demand for public housing increases and the housing crisis dominates the press, this documentary reveals the human face of public housing, and the power of art and community to protest and transform. Often the messaging on our screens about public housing tenants is that of failure, violence and disengaged communities. This film looks beyond that to explore their fight against the formidable forces stacked against them: the government, developers, real estate agents and insatiable gentrifiers who now covet convenient inner city addresses.

Together We Cycle|ArchiShorts Award Ceremony & Screening