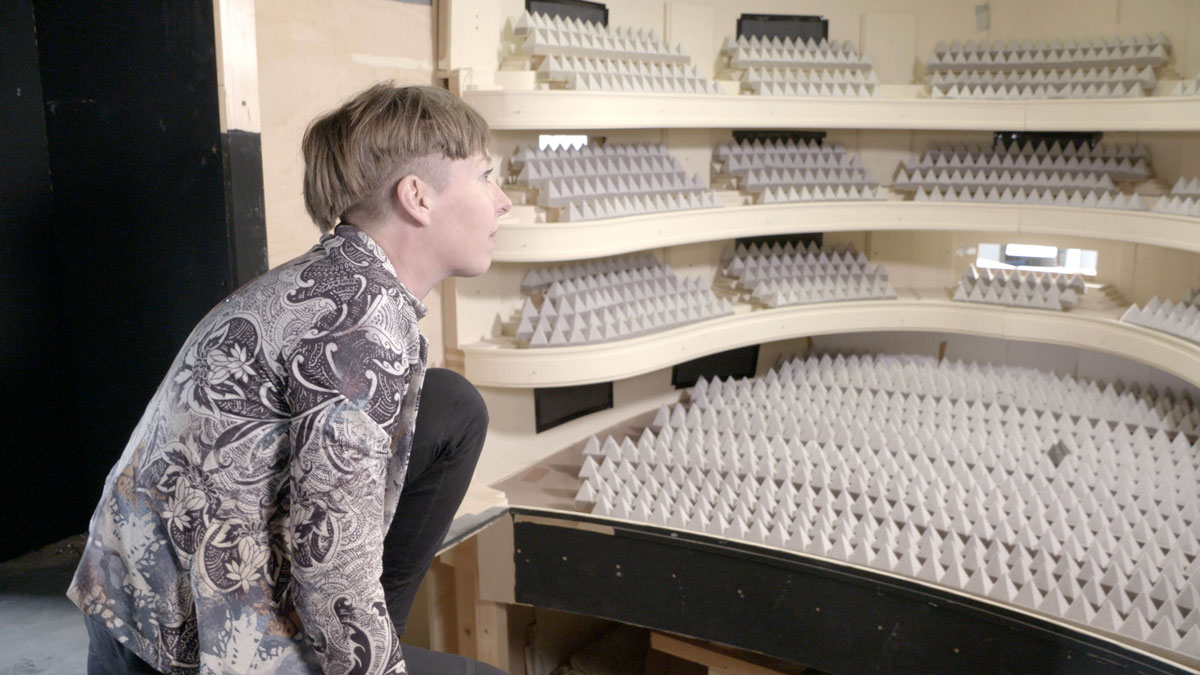 Of Vineyards and Shoeboxes

Concert halls are extremely special spaces. The physical parameters such as reverberation time, direct sound or initial reflections have to be adjusted in such a way that the hall itself becomes an instrument with which the musicians play. There are two schools of thought for the design: the “shoebox” and the “vineyard.” The first is a solution practiced since feudalism, in which a rectangular hall extends between the stage and the royal box. The second was conceived by the Berlin architect Hans Scharoun, who wanted the Berliner Philharmonie to provide a more “democratic” art experience, with the orchestra sitting in the middle and the rows of spectators rising around the stage like vineyards.

Filmmaker Günter Atteln travels some of the most important concert halls. Together with acoustician Yasuhisa Toyota and conductor Valery Gergiev, he visits the shell of the new Philharmonie in Moscow, he observes Jürgen Reinhold’s efforts to optimize sound in the venerable Scala in Milan, and Martijn Vercammen shows him the “reverberation gallery” in the lavishly renovated Staatsoper in Berlin.