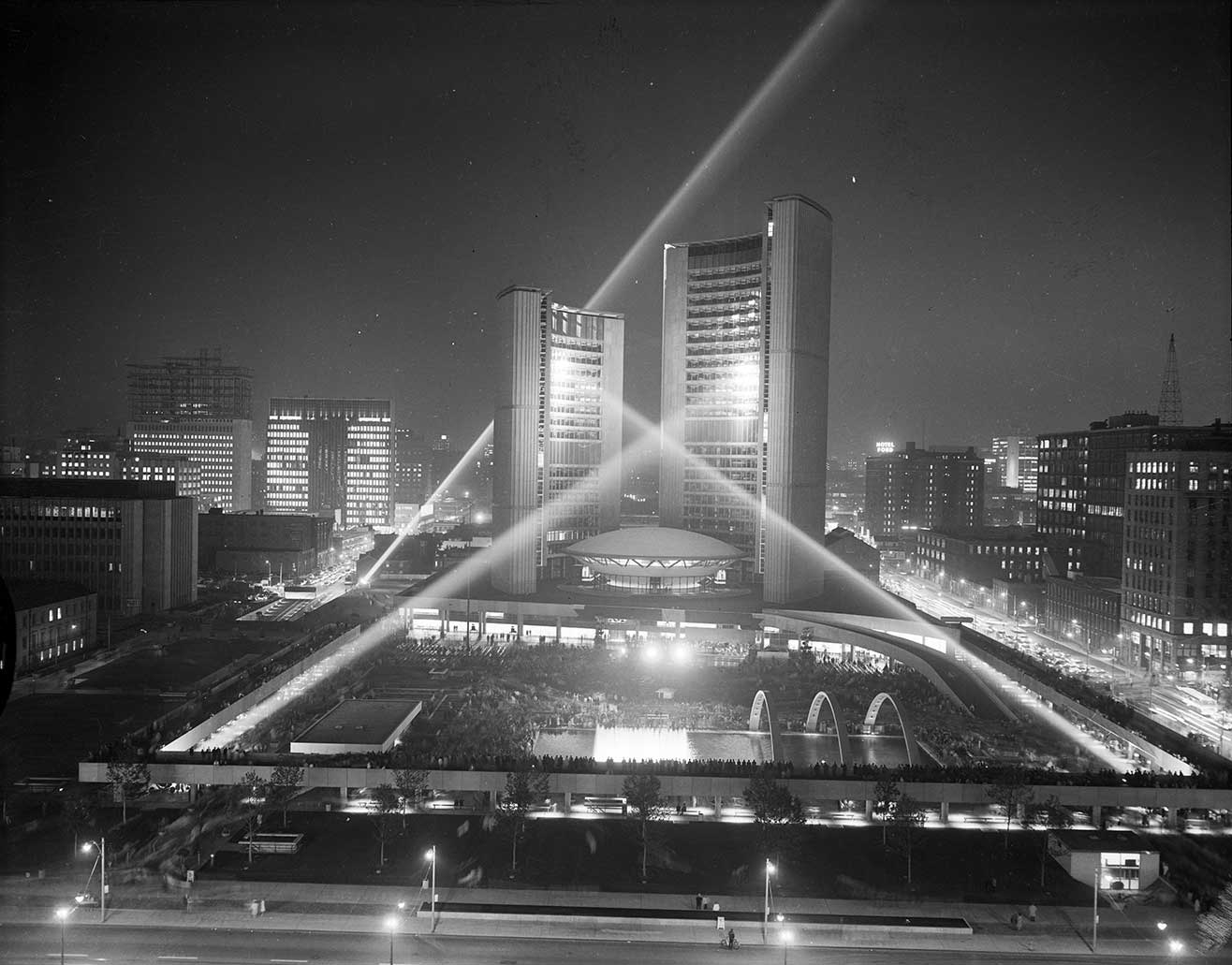 Finn with an Oyster: The Story Behind Toronto’s New City Hall

This fresh documentary recovers the fascinating but largely forgotten history of Toronto’s New City Hall, designed by Viljo Revell (1910–1964), the relatively unknown Finnish architect who won, arguably, the largest international competition ever held—beating out over 520 architects from 42 countries. The film examines this competition, launched in 1958 under the direction of Professor Eric Arthur, and many controversies surrounding the project: including prior decisions to demolish historic buildings and displace vibrant immigrant communities; the rejection of an initial design scheme following protests by architecture students; the selection of a Finnish architect by the jury including Eero Saarinen; Revell’s monumental design (heckled as a “spaceship” in the “eye of government”), and even the enigmatic piece of sculpture chosen for the new public square. Prepared in collaboration with City Archivist, Karen Teeple, the film was made to celebrate the 50th anniversary of Toronto’s New City Hall and Nathan Philips Square.