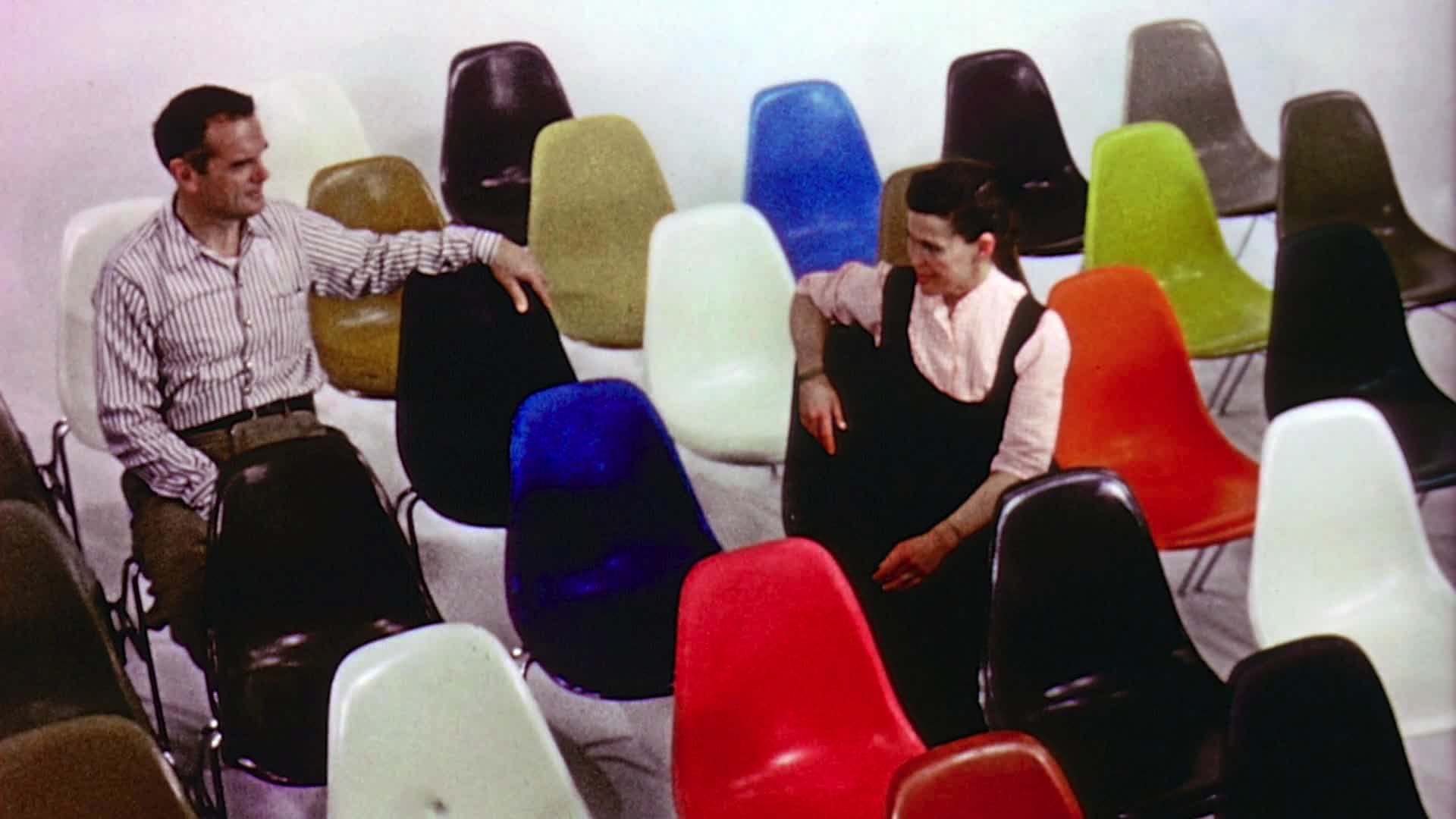 Eames: The Architect and the Painter

From 1941 to 1978, the husband-and-wife team of Charles and Ray Eames brought unique talents to their partnership. He was an architect by training, she was a painter and sculptor. Together they are considered America’s most important and influential designers, whose work helped, literally, shape the second half of the 20th century and remains culturally vital and commercially popular today.

Charles and Ray’s career symbiotically tracked major developments in postwar America. Just as California was becoming a viable counterweight to the cultural power of New York, the Eameses moved to Los Angeles. Their light and whimsical designs, particularly the landmark house they built in the Pacific Palisades, became emblematic of a new West Coast lifestyle whose influence reached Europe, Asia, and beyond. And, as American society began shifting away from manufacturing and towards an economy based on ideas and communications, the Eames Office was always a step ahead. Eames: The Architect and The Painter incorporates clips from their films and exhibitions for clients like IBM, Westinghouse, Polaroid and the U.S. government, which pushed the envelope for communicating complex ideas to mass audiences.

They are, perhaps, best remembered for their mid-century modern furniture, built from novel materials like molded plywood, fiberglass-reinforced plastic, bent metal wire and aluminum – offering consumers beautiful, functional, yet inexpensive products. Revered for their designs and fascinating as individuals, Charles and Ray have risen to iconic status in American culture. But their influence on significant events and movements in American life – from the development of modernism, to the rise of the computer age – has been less widely understood.

ABC of Architects|Away From All Suns