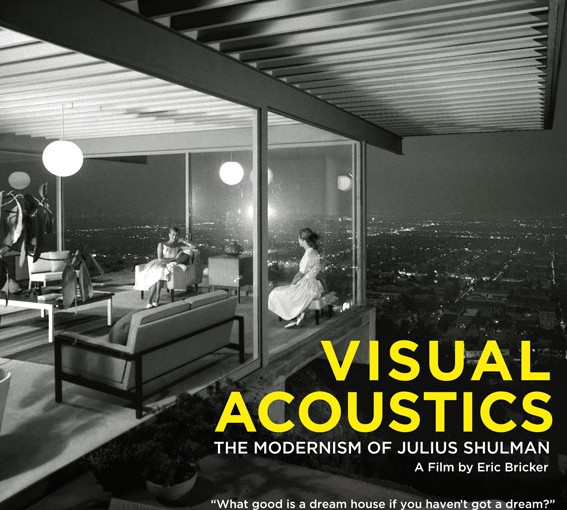 Narrated by Dustin Hoffman, Visual Acoustics celebrates the life and career of Julius Shulman, the world’s greatest architectural photographer, whose images brought modern architecture to the American mainstream. Shulman, who passed away this year, captured the work of nearly every major modern and progressive architect since the 1930s including Frank Lloyd Wright, Richard Neutra, John Lautner, and Frank Gehry. His images epitomized the singular beauty of Southern California’s modernist movement and brought its iconic structures to the attention of the general public. This unique film is both a testament to the evolution of modern architecture and a joyful portrait of the magnetic, whip-smart gentleman who chronicled it with his unforgettable images.