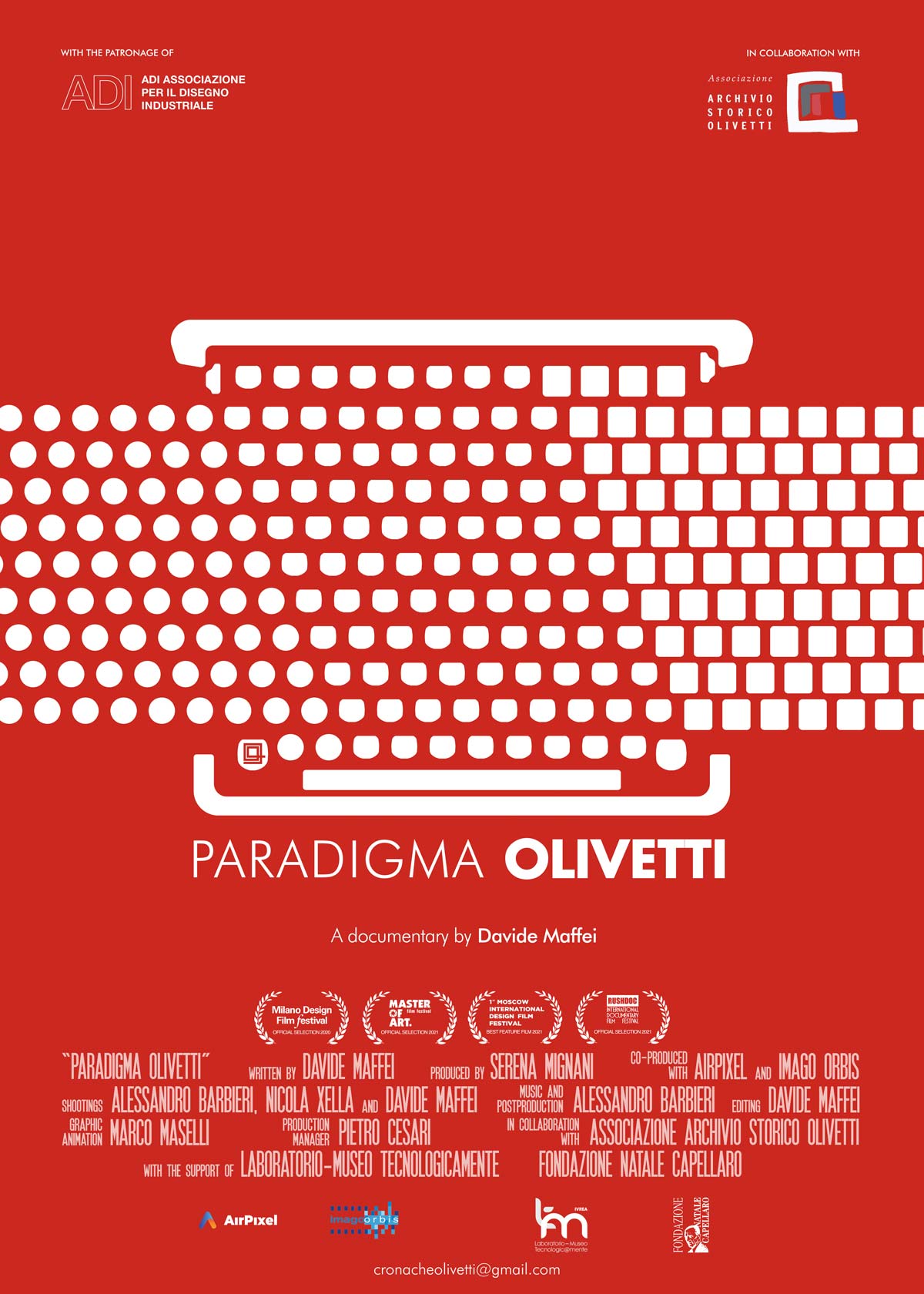 Olivetti’s ‘machines’ were already considered icons of postwar Italian design when the son of founder Camillo Olivetti, Adriano Olivetti—who had assumed management of his father’s company in 1933 and steered it to ever greater success—died suddenly in 1960. In the corporate reshuffle that followed, Olivetti retained Underwood, the American typewriter company it had just purchased, but ceded its electronics division to General Electric; a fork in the road with far-reaching implications for the company.

Parallel to this shift from traditional mechanics to electronics, Olivetti – Paradigm also surveys the company’s sophisticated use of avant-garde graphics in its corporate identity and international advertising campaigns, and innovations in the interior design of showrooms and exhibition architecture. Renowned designers Albert Leclerc, Michele de Lucchi and George Sowden feature among an impressive roster of interviewees who relate the genesis for some of the revolutionary designs they innovated during their time with the company.